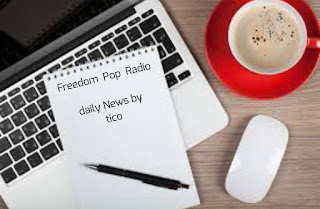 Thanks for falling for the headline…

So I just finished a new episode of my solo show, The Brief which is airing on the FPR stream. Just click on the headphones on the right hand side of this page if you feel like listening.

Shameless plug. But, at the same time I need to eat shit for the opening of any blog I write to make you click on read more.

With so much drama on the NBC it’s kind of easy to be tasteless t. Sorry Snoop.

The mainstream media stopped reporting on things that matter a long time ago. So I’m personally taking responsibility for reporting on the stories that don’t sell ads or involve shitting on the Donald States of America all day.

Here are the stories that matter to us the plebs. The ones who drink coffee from the cart…


Taiwan has got to be the most compassionate place on earth. And what can I say about the NGO? Nothing I say could come close to the proper praise they deserve.

Did you know about the Taiwanese NGO program called ‘Hand Angels’? If not I not only need to school you, but start a movement to get this program here in the states.

Hand Angels’ job is to help the disabled get off. No, not get up. But, Yea GET OFF!

Taiwanese NGO’s Hand Angels give out hand jobs to disabled guys. I’m sure the PG version was reported. But, even if it is just a hand job, that is one noble cause and it needs to be reported on the mainstream media. 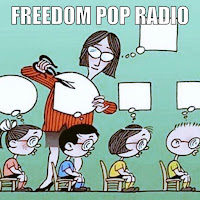 
Now I’ll be the first to admit that this can’t possibly be an easy job. You need to have a lot balls to bring narcotics into this country. But, for fuck-sake I think you need a few brain cells too.


These two tools each taped a little over ten pounds to their legs. Then threw some pants on, took a flight and tried strolling through customs with TWENTY THREE POUNDS OF BLOW TAPED TO THEIR LEGS!

I just hope that was a decoy for the real shipment that hopefully made it to my dealer’s house.

Arkansas gave a pretty big F#&% YOU to the Supreme Court’s decision to deny the death penalty.

Arkansas wants to ace eight guys, but two of them were to die the night of the decision to stop the execution.

Arkansas hasn’t taken out an inmate in 12 years. So, they’re just trying to make up for lost time… Get it, lost time? It works on like a few… ah fuck it.

Look I’m good with icing a cruel sick prick that takes the lives of the innocence. The people that just want to walk the earth free and in peace. Mother fuckers just working shit out, not bothering anybody and trying to maintain. 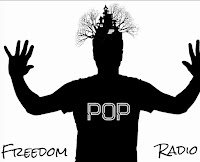 When it comes to gangsters killing other gangsters, I leave that up to street justice.

Unfortunately there’s a huge (YUGE) but when debating this issue.

What about the people who were serving life that were 15 years later found innocent because of the use of DNA? What about the guys whose lives were saved right before an execution was to take place.

The biggest question is… How many innocent people died by the hands of the state and it’s taxpayers? Because if you live in a state where the death penalty is legal, then you’re tax dollars contribute to the methods used to kill an inmate.

So, you see, I can’t be for or against the death penalty on a generalization or because “the party” tells me to. Every individual case must be given it’s own scrutiny.

Last, but not least.

I’m sorry I have nothing because I still can’t figure out what in the hell these people want. (OFFENSE INTENDED)

Another thing… Just what in vain are these tools wearing? Is that ugly is the new black rags you throw on yourselves supposed to be a uniform?

I have to leave now…