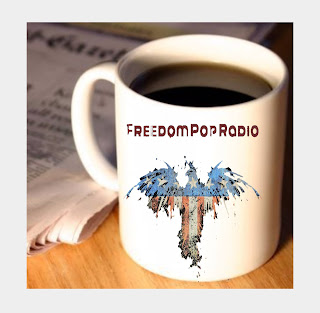 It usually starts by checking my email, I subscribe to loads of news sites.

I don’t really have friends and I’m not on Facebook so I guess I’m a lonely person.

God, I just realized if I didn’t subscribe to news sites I wouldn’t receive any emails.

Anyway, I need many sources for my blogs & talk show. (Yes, disgusting time for a plug)

Seriously, I can’t depend on CNN or FOX for the real deal. Even Euro & RT News have their own agendas. I do like them better though because their agendas are usually opposite of ours, so we learn other sides to many stories. Unfortunately, it’s half truths.

However, they do run stories that don't get much if any play on American Television.

So, during email checks, if nothing pops out I move on. I surf and search for alternative news websites. I also travel through the bullshit, just to compare lies.

After this I go into my own unhinged head and think how I may or may not be effected.

I don’t mean physically or economically. Sure there are issues on the floor on that hill that does effect us. But, I’m talking about emotionally effected.

I get really passionate about issues. I start searching for multiple stories and start comparing. I’ll look at the history and the potential factors. I get into it if I think I can enlighten a mind or two.

So, here we go getting ready to prep my my next blog...

I open my email and the first subject/headline I see reads as such;” Muslim Journalist may be first to wear…”

So I bite. I open the email and the headline is beyond long. They don’t even make titles this long when creating a bullshit government  position for some douche that is owed a favor payment..

This is the headline…

“A Toronto Television Journalist  is believed to be the country’s first anchor to don a Muslim Head Scarf at one of the city’s major News Broadcasters”.

I shit you not. That is exactly how the title reads. But, even if you shortened the title the story would still be stupid.

How is an anchor on a Canadian news network that dresses as per her religious rules requires her to, ‘Associated Press’ news worthy material?

Don’t get me wrong, I can’t get my head around watching women drive a Mercedes-Benz SUV with just the eyes uncovered.

You pull a brother over some tinted windows and a flashing license plate, but Bin Laden's  sister can stroll down 5th ave without an issue.

It puzzle me. If you can come to this country (United States), make money, drive expensive cars and do everything else your religion tells you not to do, then why keep on the bed sheets.

Despite those feelings I love that they do it. Oh don't know about Canada, but that’s what these United States lives and dies by. The freedom to be diverse, pray to whomever & wear whatever we want. What I find best is the freedom to be the walking contradiction that most are.

Again, if it was me and I was working for Al-Jazeera I’m wearing the Burka. But, If I’m working for a western news agency I would probably leave the towel at home. But, to each his or her own…

Here’s another not so newsworthy story…

Wisconsin’s election board has agreed to conduct a statewide recount of votes in the presidential election.

Look, there is no one who believes Wisconsin is corrupt more than me, but enough is enough.

This time the nonsense is coming from the Green Party’s leader, Jill Stein. Who I totally adore, but let us face the facts... Jill Stein held at 3 points of the people’s support for the entire process.

What exactly is her recount going to accomplish? No matter the outcome; whether they find voter fraud or not, nothing will change. If she and other anti-trump folk are trying to drive Trump mad then I guess I can get my head around that.

It’s true that the more he goes on twitter the bigger of a fool he appears, but that isn’t going to change the facts. And, the fact is, Donald Trump is the president-elect of these United States. It pains me to say it, but it’s true and it’s over. Nothing at this point, outside of the obvious will change that.

What the other 3 parties need to do is regroup. Green, Independent and especially libertarians need to get back to the drawing board and change direction. The 2016 choices were all a joke…

These parties are nothing but epic failures and now Donald Trump is president.

Let’s move on from this and start to focus on the 2018 midterms and the 2020 presidential election. For this to work campaigning should have started yesterday… devote anytime to anyone other than the candidates of our two party state.

The two are way too powerful. Where it stands now independents, liberals and the green party are out numbered, out funded and without press coverage. If they think throwing their hat in when campaigning begins is being ready then we must accept that this country will always have two choices for president.

No way in hell is the mainstream media going to cover any of these parties unless they start making noise now. Everything our elected officials fail us on should be an issue they address.

I would love to hear these other parties speak publicly about term-limits, clean and safe streets, good schools, child care, proper healthcare, energy alternatives, jobs, lower taxes and anything else that doesn’t involve the same old garbage that does nothing but hurt us.

Oh the best part about this entire recount process is the cost. $4.5 million Jill Stein has had to raise to make this happen and it's still not enough... Once she raises the full amount of the cost they can begin the recount.

Could this money not be used for something more helpful than proving a point?

That’s it for non-news today. Till next time…