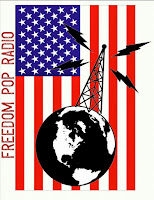 It seems like everyone I speak to about issues of government, corporate corruption, mass surveillance & the private intelligence companies is interested in what's going on. But, immediately following their curiosity, they remind me that we're trapped. "That's the world today, there's no escaping it". "How else will they catch terrorists". "I don't do anything illegal so they can look at my emails all they want. I have nothing to hide".

It pains me to hear so many people sound so programmed...

There aren't too many people that believe this country can change for the better. Who can blame them? Crooked politicians, spies, and the elite get away with everything. Sure they have to pay up a little, but they never feel the consequences of their actions.

Unfortunately for us, their wrong doings fall on our laps. We the people are the ones that pay. We pay by way of taxes that fund these agencies that trample on our rights.

In essence, we are paying for our own downfall. I don't understand why most of the population is ok with this.

I hate to sound like a dick, but as long as we have an $800 dollar cell phone and enough credit to spend on useless items, then we ok. Life is manageable with those distractions.

Don't get me wrong I think distractions are important. We need to forget our world from time to time. Lock ourselves in a room and binge watch episodes of House of Cards. But, we have to make a little time to obtain some vital knowledge. Information that is available to us on the web that we need in order to combat the powers that be.

At times, the internet must be taken with a grain of salt. There's a lot of bogus information out there. If you can bypass the crap you'll find honesty.

There are many freedom fighters, hacktivists and whistle-blowers that expose malicious and unconstitutional practices by members of our government, clandestine agencies, and corporate companies.

On May 20, 2013, Snowden flew from Hawaii to Hong Kong, where in early June he revealed numerous classified NSA documents to journalists Glenn Greenwald and Laura Poitras, both of whom he had summoned to Hong Kong for that purpose.


On June 9, four days after the press first exposed a secret NSA program based on his leaks, Snowden made his identity public.

On June 14 the U.S. Department of Justice charged him with two counts of violating the Espionage Act and theft of government property, punishable by up to 30 years in prison.

The U.S. Department of State revoked his passport on June 22.

These leaks gave us an idea of the magnitude of the NSA surveillance program.


Edward Snowden broke some serious federal laws, but without his sacrifice the truth would have never come out...

Without whistleblowers, hackers, and the web we would never be able to fight the coming oppressive age.

I know many think there is no fight because there's no way to win, but that's where you're wrong.

The one thing, more than anything else the government and huge corporations are afraid of is being embarrassed. They don't fear prison because they know their never going. So they do what they feel is just, even when it means abusing their power.

We have a right to privacy and just because we're Selphie crazy doesn't give anyone the right to read our emails, listen to our phone conversations and penetrate our IP addresses to view where we spend our time online.

I believe we gave up our rights the minute we didn't read the terms and conditions clauses on apps and gadgets. But that doesn't mean that we can't demand our rights to privacy.

I believe that there are certain lines that should never be crossed, unless the situation is dire. There are some times when measures have to be taken in order to save countless lives. This doesn't mean that the government can just run wild.

Like I said certain lines have to be drawn and I expect the men and women who took an oath to preserve our rights from all threats, both foreign and domestic know where that line is.

Here's the proof that we can make a difference...

Because of the selfless acts of these people to get the truth out to us, the government received much backlash from we the people. The result... A huge shift in intelligence policy.

The U.S. House of Representatives approved a bill on Wednesday May 13, 2015 that would end spy agencies’ bulk collection of Americans’ telephone data, setting up a potential showdown with the Senate over the program, which expires on June 1.

The House voted 338-88 for the USA Freedom Act, which would end the bulk collection and instead give intelligence agencies access to telephone data and other records only when a court finds there is reasonable suspicion about a link to international terrorism.

The strong support in the House by both Democrats and Republicans could increase pressure on Republican Senate Majority Leader Mitch McConnell to allow a vote on the bill.

McConnell and several other senior Republican senators have said they would rather renew the existing bulk data collection program, authorized under the USA Patriot Act, passed in the wake of Sept. 11, 2001, attacks.

But continuing the program, which has concerned many privacy advocates since it was exposed would face strong resistance in the House.

At least two senators — Republican Rand Paul and Democrat Ron Wyden — have pledged to filibuster any attempt to extend the plan.

The president said that if the bill arrived on his desk, he would sign it.

Now there are a lot of big ifs in this equation, but the fact that congress is willing to overturn a major part of the Patriot Act is a huge leap forward.

I call this progress...

I have hope that things will change for the better, but the only way that will happen is if we keep penetrating the great wall of secrecy...

Thanks for reading faithful...