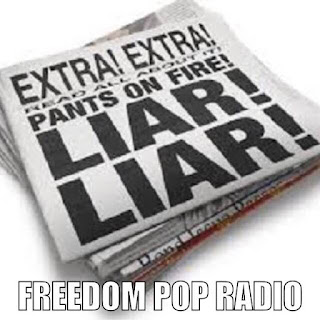 This is the latest marketing scheme by our mainstream news websites.

This whole "Fake News" blunder has the mainstream media and their fringe associates on the web shook.

I read somewhere that news sites are in the process of changing how it interacts with supporters.

I dig that news sites are making it easy to navigate.

All we need now is for the mainstream news organizations of the United States to start reporting and informing listeners, readers and info seekers on issues that matter.


The news is supposed to inform us not give us their opinions. The news isn't supposed to tell us one side to any story, morning glory.

The news shouldn't be wasting its time on bashing a president. Calling him out on what he has not accomplished and some of his lies caught in mid-air is fine. But, CNN and MSNBC you have to stop giving this man so much attention.

Is it not obvious to anyone else that his outrageous claims, whatever they might be are a distraction? He runs his mouth throughout his almost weekly hypocritical tour all over the country... And then, it never fails, as soon he says something stupid the news runs wild.

I say screw the Donald States of America.

I would only cover the press briefing and press conferences. I would report only on the issues he can't handle and bills he has not passed yet. If it was positive then I would report on that as well.

I don't know, call me cray cray, but I think that's better time spent then whether or not Rex Tillerson called trump a moron or not. Three days that story dominated CNN.

Twenty four hour "news networks" like the big three tell us nothing over and over all day and all night.

I say this to the mainstream news robotic hacks, sellouts and pussies; Grow some balls and at the very least air something of value and if possible report something of importance.

Cable news networks have so much air time, yet every single hour is the same as the last except for the robot. New face and voice with a change of gender.

"CNN BREAKING NEWS"... Then it turns out to be the breaking news, that broke in the morning 6 hours prior by five other repeaters with opinions.

For once I would love to watch the news inform us, instead of distracting us with same breaking news you "deliver" three hundred and sixty five days a year. .

This would be a start and the meaning, logistics or definition of your bleeding job description..

I should tone down half a notch. The big three do report on a couple of things within the political spectrum.

Oh that reminds me, if you're a spectrum cable subscriber you may be loosing many channels. I believe the count is to the tune of twenty-three, but I'm not sure.

What I am sure of, a few of these channels should never be off air. Look that up and handle that shit...

Though I have to say this... I will be very angry if spectrum keeps the channels because their customers complained and threatened enough.

I say this because that is usually the case. 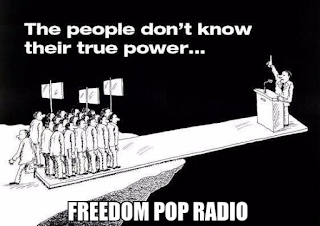 Fuck with our cable and we will buck. "Do not over tax and charge me or cut any of my favorite channels or I walk".

The government raises our taxes and we just complain to each other and do nothing to change the situation.

Anyway, I veered off topic there, but only because I care about your TV time.

Listen, I get that there are things that can't be reported.

I understand that the news, at times needs to be manipulated. And worse, the news should be in bed with the government, on certain issues or situations. It should NOT be the norm.

So I'm definitely not saying the news should con us all of the time.

This should only happen when it's something the masses can't handle. If you're asking who decides that? It doesn't take a genius to know what most of the population can and can't handle.

Many people can't get their head around the fact that the world and the information we receive about it is one gigantic grey hole.

Many see things in black and white.

Deep down I can't blame them. It is true, if it's white then it's certainly right...

Calm down, I'm only kidding. It's sad that I have to write that. People need to lighten up a bit.

You know, despite our issues we still have to live. Unfortunately for some, earth is all we have.

I don't expect everyone to feel this way, but laughter is part of living. I know anger is as well and part of me tries to except that it's a balance thing. All I know for those of us who want good health, a little prosperity, love and heaven forbid happiness, we're willing to voice our minds over the issue.

Without any of that there is no point for a revolution. What's the point of a strong and positive resistance, if we can't enjoy life?

I really don't believe a violent American Civil War will accomplish anything but blood shed... Then the inevitable ceasefire with the cliche attached, "a little too late".

Maybe, we should just ride the wave and hope shit stays at bay. I don't know…

I'm hopeful though. There are really smart and kind people out there. If they were ever giving the chance and time to be properly heard, on something other than an internet platform, these remarkable people just might make things a bit better for us. 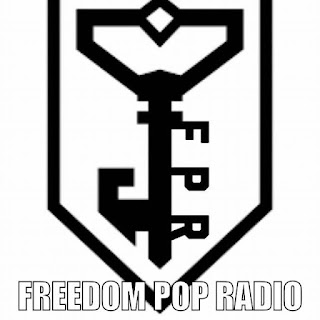 Words have meaning. Words are also extremely powerful. If anything, history has shown us that much.

Many times in the past, words were not enough. Some are now suggesting that very same notion today. This is exactly how violence, battles and inevitably war break out.

I still believe in words and fully appreciate the actions caused by them. The division, the unity, the anger, the inspiration and most of all the hope that words inspire.

As far as I know, world domination has not been the goal for war in a long while now. No matter how cray cray these guys are, they tend to eventually slow the show and the speeches.

Point being, there isn't one nation that could even try. Say five got together, the war may be long but at the end of the blood shed the planet will be divided without any one leader of earth. That's if there's an earth left to live on...

So, since we're not in a poorly written comic book or a Michael Bay film we can take a breathe.

Just please when you exhale, put some meaning and honesty behind it.

Oh, sorry that goes out to the mainstream news, the big three, news sites, etc...

You know what? That goes to you and me too. We all still have much to learn.

Either way, it's a call out, but mostly a wish. Better yet, a hope.

We just want you to not bend over, so much, for the multi-nationals that control your advertising, mainstream news.. CNN MSNBC, FOX News, NBC News, CBSN and others who should know better yet were also being duped.

As much as I hate to say it, the most people being duped is us. But, I see that changing. This isn't an information war you and I are living.

Much of what we need to know to get started is already inside us. The rest is always some finger clicks away.