There have been some horrific acts committed by some unbelievably sick individuals. 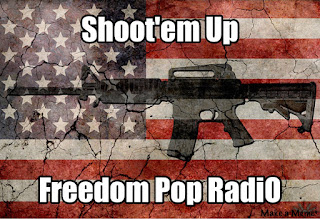 It’s only been about a month since my last post and in just a little over thirty days bodies are dropping, bullets darting and bombs detonating.

However, this massacre happened about three weeks ago and it's far more pressing than anything else. I can’t move forward without addressing it.


Turns out I have two herniated disks that are pressing against a nerve in my left shoulder blade and it almost fucking killed me. My left arm, down to my fingertips are completely numb. I thought I was useless before, but no use of my left arm made me feel and quite frankly look like a paraplegic.

Oh, you thought I was going to get into the shootings. Na, that’s for the news people. It’s their job to depress us not mine.

Anyway, I thought I had hurt it the night before...  But, when I woke up the following day and reached out for my phone, it happened. I cried like a soaked vagina. All of a sudden I heard Pacino in Carlito’s Way yell “HERE COME THE PAIN”.

{Side Bar} I don’t get the vagina reference either, but it stays...
Moving on...

I could not lay, sit or stand still. I couldn’t keep my arm in any position that didn’t feel like I was being stabbed, bludgeoned and shot all at the same time.

Imagine shooting a tiny kitten with six eight balls of crystal meth, then lock it in a 4 by 4 foot clear box and give it a shake. Imagine what that would look like like… That was me. 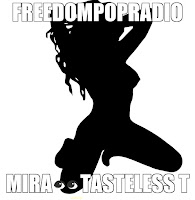 I don’t know if these terms mean anything to anyone, but my “c5 and c6” discs on my spine are bulging. I’d take a dude’s bulge in the face over this shit anyday.

Kavanaugh come on down...


You know when you wake up with a stiff neck and people say you slept wrong? (Rhetorical question) The sudden pain I woke up in was 19 times that stiff neck, slept wrong bullshit.

Seriously, I want to slap people when they tell me I slept wrong. You either pass out drunk or you lay down and close your eyes. As long as you don’t throw a leg over your head and half an arm up your ass, you’re sleeping correctly.

I think I would’ve traded places with the victims of the last few weeks that fell to the bullshit, senseless violence that has played out like a television drama on cable news.

Ok, that’s extreme, but you can’t fucking comprehend the catastrophic like pain I was in.

It wasn’t even like my neck or shoulder that you can rub yourself to relieve some pain... It was my goddamn shoulder blade. I can’t even reach back there to soap up when I take a shower.

The injury took me out of all games. I couldn't do any work, including working out. All activity was suspended on doctors orders.

I know I usually don’t listen to doctors, but that’s how much fucking pain I was in.

The one thing I could do was think and reflect on the punch in throat that was the realization that I’m fucked! Actually come to think of it, I do remember a sympathy fuck, but that might have been a wet dream. When I don’t take my meds I get wet dreams...

Anyway, What if the injury was worse? What if it took me out of the game for 3 months or 3 years instead of 3 weeks?

Then I thought there are many more ways to keep what you have. Because at the the end of the day that’s what it is all about. You don’t, or at least I don’t want to lose what I’ve worked pretty hard for up to now.

I’m not a 5 year plan guy. I can’t even stick to a proper live show schedule for a day. I live in the now. I can’t dwell on the past and I sure as hell can’t ponder the future. Life happens now and yes I agree that there needs to be some kind of plan for when the day comes you can’t earn a living anymore.

I never worried about the future because I never thought I would have one. I definitely didn’t think about having kids and a home. So the future needs to at the very least have some ambition of some type of plan. Even still, I didn’t worry about it.

Then I got hurt.

I’m very lucky that I’ve worked for some great people and built an honest professional and dare I say friendly relationship with them.

I’m not into hand outs, nor would I accept a loan outside of a mortgage.

I’ve done a lot of gigs for a lot of different people and along the way I’ve met interesting characters. I’ve met a few good people and bottom feeding dirty animals that pass off for human beings.

And there are things in common they all do not have… Appreciation, consideration and understanding.

Well in all my years of dealing with and working for all kinds of shitty people and not changing who I am at all, awarded me the honor of coming across caring and honest souls.

I’m able to stand on my feet… Well, more like sit or lay down because my shoulder is beyond painful. It’s more like a soreness now, but I digress.

Now that’s a combination of luck, hard work and I write again, good people. But, as we know nothing can last forever and I’m running out of time.

I don’t ever want to feel that hopelessness again. 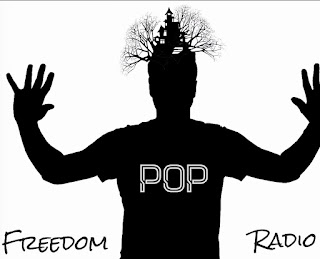 I don’t know what to do exactly. Not pissing money away is one, but you can’t hoard it either.

I can’t trust the stock market because the game is rigged. Cash I hope never catches fire, but even if it doesn’t you can’t keep it all in a safe.

I think of government assistance like disability, medicare, social security and worse retirement. Well, I don’t usually think about those things but I did the last couple of weeks.

It’s not like I have a great career. I’m sub-contractor in tech and run the fpr project.

For now I do have to ask… What on this great green earth are we going to do in 20, 30 or so years when it’s any of our time to accept our limitations?

Who knows maybe by then we can become of a cyborg and not having to worry about becoming obsolete.

Truth is, I don’t think our social security is going to cover our living expenses. Also many companies don’t offer 401K’s or anything stock, bond or saving wise. Besides, what the shit does it mean if one day wall street fucks up and you lose seventy percent of what you gained over 20 years of working.

I certainly don’t know what the answer is. I have some ideas, but none of it will fly even if I had the power to float them.

So I’m going with my cyborg dream. Give me half a chest, an arm, a part of the heart, leg gear and a chip in the brain and I’ll never have to worry about being taken out of any game.

Alright that’s it for now.