Do you still think you have the right to privacy on social media even after privatizing your account?

In your short, you don’t. But, here’s the long version explanation...


Please do not misunderstand me… I certainly do not think it is cool for some little douchebag to crack your password and then fuck with your account... Or worse, over polish his skin flute to your kids.

But who is really to blame for such actions?

Hey look, we, including me bought into this and none of us read the agreement. You know, the terms, conditions and lack of privacy link? That box you checked that said if you agree click here. But, if you don’t agree you don’t get to be a part of the cool online crew.

So, now the question is… Do we truly know if our accounts are indeed private? I mean for all we know the terms and conditions may state that privatizing your content will not necessarily mean it’s private.

Consider this though, you're trying to be private on the internet machine.

That's just as a stupid as calling the internet, the internet machine. We all know it’s the Twitter machine. And if your ass don’t know then you better Caaaaaaaaalllllllllllll SOMEBODYYYYYYYYYYYY….

Anyway, back to the story morning glory...

Seriously though, if you haven't noticed, as a nation we are the furthest thing from private. The internet made it worse but before that cable television was crossing the proverbial line when it came to content. 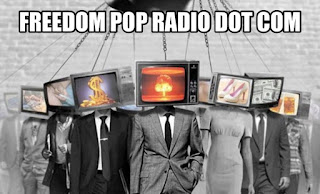 Then MTV experimented with reality and this is when private life was exposed.

Sure much of the situations I’m sure were forced by producers or what not.

But as time progressed they introduced scripting into reality T.V..

Now couch cunts who were already too lazy to even dream of being like these people are still sitting there eating shit... The only difference now is that their hating themselves even more than before and isolating themselves from actual living, breathing society.

The only plants these people see are the default background pics that come with their new smartphone.

We can thank the evil minds, the slave driving manufacturers and the manipulating advertisers for introducing laptops and tablets. If not for those smart devices these losers would have to get up and sit at a desk to be entertained... Heaven forbid.

Now with video games that allow you to play with or against anyone around the world, which I think is super cool, but it’s just another reason for these nonexistent lives to stay on the couch and in front of the idiot box alone.

I don't know now, maybe that's a good thing. There are plenty of uncivilized, socially inept assholes roaming around daily life these days. I guess less doesn’t hurt after all.

At the end of the day that’s what this is all about. Your private life. Now it’s more important than ever before because your home like all the time. That’s the one place that should remain private. But, again you opened that door and the shit came off the hinges.

So yea, we lost the want for privacy a long time ago… Not like a galaxy far away long time ago, but it’s gone either way you slice or say it.

However, there was a time when we used to be private. The nation as a whole didn’t air their dirty laundry in public. Even when their clothes were on a rope in the backyard they were drying from just being washed.

During that time people weren’t so quick to talk to the cops or try to be on the news. They certainly weren't trying to make the news.

As a strong nation each and everyone of us has a role.

Unfortunately the last guy to remind us of that was shot in Dallas some years back. Since then we expect the government to protect us and pay our bills, but we don’t want them using our technology against us. 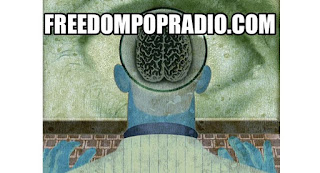 Law enforcement of all kinds has always wanted eyes and ears where they believe they should be.

Now they’ve been creaming for the opportunity to be inside every home in every city in the U.S..

Personally I think privacy started to go down hill when a bunch of hippies took too much acid and then proceeded to get naked in front of the White House and bang it out on the Lincoln Memorial’s lawn.

After that all hell broke loose.

I really hate people that can't handle their drugs... seriously.

“Hey lets trip on acid”. “Right on man, right on.” “Dude this acid is like kissing the sky”. “Look at the colors man”. My main man, look at the trees. Brother man, I got a great idea. Let’s go protest the Vietnam war’. “RIGHT ON MAN, RIGHT ON”.

You fucking trip on acid then think it’s a good idea to get naked in our nation’s capital to seal the deal that would end the war. That shit really, DID NOT WORK!

At least there was one man that had the balls to shower himself with gasoline and then light his own ass on fire in front of the big wig military man of the time. Well, don’t quote me on that because I saw that in an old movie about Lyndon Johnson taking over after Kennedy called ‘The Path to War’.

Whatever, the point is that after the sixties’ acid, peace, love, free sex and protests the shit was rocketed to a whole other level, self expression wise.

And to be honest there’s been a free expression frenzy ever since.

Well, now I guess the point is, if you’re a socially inept douche device drinker then stay home, just don’t expect any privacy there.

As for all of you with a private account for only family and friends to see and interact, your account is in fact not that private after all.

Have a nice day and thank you for reading.

By the way, I’m not sorry that this blog was harsh because in this world where reality is virtual and privacy is almost nonexistent the truth should be easier to hear. Far from believable though...