Whether you do or don't, you'll want to read this because justice might just be served. 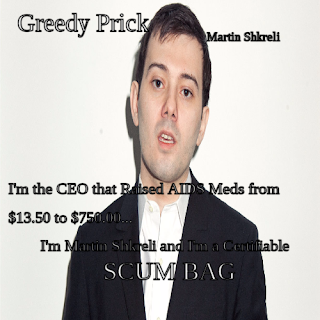 Martin Shkreli is the drug maker CEO who raised HIV medication from 13 dollars to 700. It sucked, it angered, but it still didn't matter.

Well, it looks like karma just bit him in the ass because the FBI has just confirmed that Martin Shkreli has been arrested.


None of us plebs had heard of this guy until about a few months ago when his company, Turing Pharmaceuticals obtained the manufacturing license for Daraprim, an out-of-patent AIDS medicine, and immediately raised its price by 5,455 percent (from $13.50 to $750 per tablet). That's $750.00 per pill. This medication has to be taken multiple times a day till the patient expires.

His justification for this was absurd to say the least. In an interview with CBS, he said that he was just charging what the marketplace said was fair. He made his case by comparing it to the price of a vehicle. 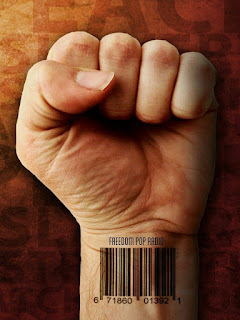 "You wouldn't expect to buy an Aston Martin for the price of a bicycle".

Personally, I have my reservations when it comes to this ridiculous act being about greed.

This is what I call a modern day madman. A mistreated little boy who now has power and throws it around like the bullys that picked on him his entire life.

{Side Note} Don't bully because this is what comes from it...

After people got angry Shkreli had started saying he would lower the increase, but he never did and the story just seemed to fade away. After all, it's AIDS, most who don't have it don't care.

Where The Charges Stem From...

While working at a company he founded called Retrophin, Shkreli had implemented a similar price hike on a kidney medicine.

The Huffington Post reported that Shkreli “is part of a criminal investigation” involving Retrophin.

He owes the company more than a half-million dollars.

He is also named in a civil suit alleging he harassed a co-worker and his family, according to court documents uncovered by Gawker.

Shkreli also removed his Twitter account, which he has been using to mock his critics, from public view.

Another company, Rodelis Therapeutics, was forced to roll back a 20-fold increase on the price of a tuberculosis drug after public outcry.

This man should be hung in a town square somewhere. He really has no business breathing the same air as you and me.

It may sound harsh, but I believe that is the only thing this man deserves.

When I originally wrote this blog I thought my wishes were all this man was going to get. Now, it seems like he's going to pay a "marketplace" penalty for committing fraud. 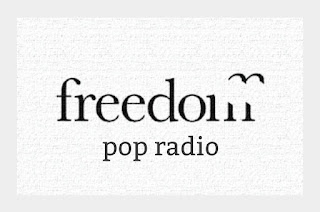 He was arrested in New York by the FBI on securities fraud charges involving his former hedge fund and the pharmaceutical company he previously headed.

Reuters witnessed Shkreli's arrest at the Murray Hill Tower Apartments in midtown Manhattan. Law enforcement including Federal Bureau of Investigation agents could be seen escorting Shkreli, who was wearing a hoodie, into a car.