FPR Blog 62: Factory Farms and the System That Makes it Possible. 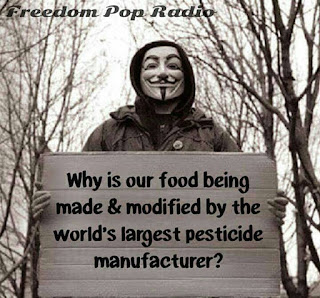 So why isn't the media covering it?


We all know that to protect plants from mites, rust, other pests and diseases, chemicals have to be used.

This is a process which results in what farmers call a “clean field.” Since the fields are cleansed of all weed, insects and disease of all life, it would, in fact, appear, cleansed. But, that word, cleansed, reminds me of religion a bit and the falsehood of the cleansing of souls.

So then, my question is, how safe, to humans, are the chemicals being used? I understand that agriculture is an extremely tough industry and it's attacked in many ways, both environmentally and politically.

I'm a realist, I don't expect farmers to lose crops and even more money, by not protecting them. But, again how safe are they?

I recently learned from The Environmental Working Group (EWG.Org) that potatoes may harbor the most chemicals, but they’re far from alone in being rife with residue.

One grape that was tested carried 15 kinds of pesticides; a strawberry, 13. Nearly all imported apples and nectarines have remnants of at least one pesticide on them.

According to the EWG report, “Some 65 percent of thousands of produce samples analyzed by the U.S. Department of Agriculture test positive for pesticide residues.”

The only medical community to raise concern over pesticide residue is probably also the one that families care most about pediatricians.

A 2012 report from the American Academy of Pediatricians that’s quoted by EWG suggested that pesticide exposure is linked to “pediatric cancers, decreased cognitive function, and behavioral problems.”

It's also possible that workers who handle these chemicals and the people who live near the fields sprayed on, suffer significant harm as well.

The EWG's “Dirty Dozen”, is a great source of information and I'm glad they put that much work into it.

This tells concerned consumers what to avoid. There’s also the “Clean Fifteen”, the fruits and vegetables that carry little residue.

If buying all organic all the time is too expensive, you can pick up conventional avocados, sweet corn, and more without putting your health at risk.

All be it a small one, this gives us a choice. At the end of the day, I want certain chemical companies destroyed along with their factory farms and feces filled lakes, but information sharing is the start.

Monsanto and friends may be too powerful to roll back production, but not too powerful from keeping the truth hidden from me anymore.

I share this with you and hope you see it too. This isn't some apocalyptic conspiracy to poison everyone under rich because the end is near and they want to survive the fallout.

No, no, NO! I'm not trying to alarm. Frankly, there isn't much to be alarmed about. But, there is a lot to be aware of.

If we're aware, we can do much. If we start to do a little, it will turn into a lot.

You and I have a choice. Live out the rest of our years playing with our kids, chasing skirt and kicking back after a long week of hard work.

All of which I believe everyone should do. Personally, it's hard for me to sit still, but I have my occasional tv binge days. At the very least take a couple hours to watch WWE.

So I'm there with you. 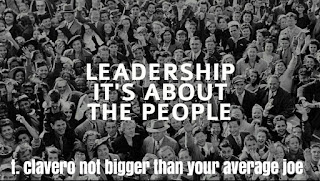 We're extremely busy, we have kids, crazy wives, some are even going through divorces. After school programs, soccer, swimming, summer camp, we're constantly living at 100 miles per hour.

Kids or no kids, times are tough and many of us are busy.

But, you have to take a few things into consideration. We may not get to live like that anymore.

I believe that soon we will start to lose the illusion of choice. The illusion that we are free. The fact that there is an invisible hand, only it's not supernatural, it's right in front of us and that's exactly why we don't see it.

I also believe that soon our food supply will be controlled and produced by factory farms owned and operated by Monsanto and it's "affiliates".

I also believe we can stop it.

It's near impossible. They own a lot of politicians outright. They have thousands of lobbyists and lawyers. Monsanto is the Monster of society's food supply. Between them, Lock head, Microsoft, and company, plus our empty suit elected officials who do nothing but ask for money then only deliver promises to the highest contributor, equals, they have this locked down.

It's an unattainable victory. But, you know something..? I rather die on my feet, than live on my knees. I think I got that from 300 or some movie, but it's true.

I'm not a strong man. I'm not a smart man. I am no one special and I am certainly not anonymous.

I am in no way trying to hide what I am doing, who I am supporting or what I am saying. I don't need to hide because I am already a nobody... And remember, so was anyone else who started a movement or dare I say revolution.

Whatever the case may be, I can't sit around and talk shit. I have to, at least, try to do something. Say something, anything. Staying quiet is not an option for me.

Then it hit me... I've been saying it forever, but never really tried to convey it to people. And, if it works, it would shake the foundation of our government and their bosses, the corporations.

Oh, and we don't need to shake a foundation the conventional way.

What if we could stop the complete control that corporations have on us. Some of us don't have debt and have worked hard and been successful.

Some have money in the bank and a 401 k, others go further into banking and market investments. But, the last financial mishap cost many of losing that money they worked hard for and put into these "safe and secure" financial plans.

What if it's worse next time? How can it not be worse, next time? I think our currency is turning digital by the millions every day and if we don't change some habits the future will be bleak.

What if we could stop it? What if we can set in motion a revolution that would be bigger than any before? 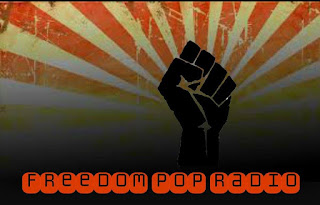 Stop buying so much useless shit because it's cool. Stop spending $200.00 on kicks, don't charge a thousand dollars for stupid Canadian cap because a pop star made it "cool".

Stop using up so much gas and cash and see if the corporations don't start to crap their pants.


We live under a price and currency rigging system that only works because we keep buying into it.


Well, if we, collectively, stopped buying so much, stopped using the credit cards and kept our cash out of banks, we would start to see a huge change in the economy and society.

Part of this revolution begins in 2 parts.

1. We stop buying so much crap that we can't afford so that for once we can feel our check instead of it going straight into a bank. Imagine how quick you would bring your debt down if you didn't waste money on anything other than civilized survival.

You can still live your life, but you can support local businesses, instead of the large chain restaurants.

That's part 2. Saying no to GMOs, chemical companies, and factory farms. We can't eat the enemy's food any longer.

Before the list, I have to play this 4-minute video of a guy who since 2012 has been secretly spying, (using drones, mind you, to do it), and has discovered the sickest thing imaginable...

I'm playing this video in the hopes that everyone who watches it realizes just how f#$%ed we really are. But, like I always say, it's never too late...

I think it's time to stop this before it gets any worse...

And now, 27, dirty and not so dirty fruits and vegetables.