FPR Blog 58: Rappelling off the Nosebleed Seats, The only way to get the Message Out. 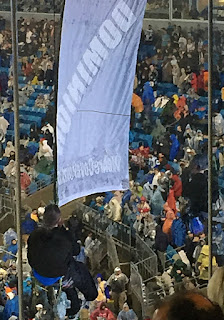 I was chatting with a friend today and I was saying that if we could find a way to jack access and control a media satellite for at least 3 minutes, we would be able to reach a lot of people and make a huge difference in our world.

We can grab everyone's complete attention, especially when they flip the channel to find the same thing broadcasting.

Kind of like a presidential address, but on a much larger scale.

We would need the power to interrupt every single station’s programming. And, when I say every station I mean radio and television, cable and satellite.

The message would need to cover a few issues.

If given the chance to do this I would choose my words wisely. I would have no choice but to tell it like I see it. I would have to say that our government has let us down. Congress sold us out for a few pieces of silver because there’s no more gold. If there is please show the people that it exists and our currency has a backup plan. 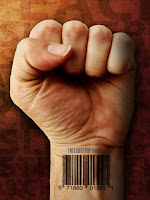 I would need to say that the Federal Reserve Banking system is a sham. The banks hold us in plastic chains we can’t seem to free ourselves from.


They're controlling many of us through debt young people accumulate by getting an education. Debt that will literally take a person’s life to pay back.

Working 80 hours a week to survive is slavery. No one should work 12 to 15 hours unless they choose to. But, there are many people that don’t have a choice and work those hours without a break for low wages. No human being should have to work that hard to barely survive.

Anyway, I’m still working on my 3-minute speech for the day I’ll never have control over a satellite, but ironically a few hours after this daydream two people rappelled down a stadium's top tier and blocked the press box with a giant banner.

The reason for this madness is written below which I found on a few sites I use as sources. This happened at the beginning of an 8:30 PM EST football game at Panthers Stadium. The truth is, it’s Bank of America’s stadium, but I can care less about that…

I want to address the length these two people had to go to get their very important message out. This is something that the government should be questioning as a possibly dangerous situation.

Corporations do not have hearts. To them, everything is a bottom line and anyone who is hurt or displaced they have a lawsuit fund for. They are sure as hell not going to tell us which of their practices causes cancer. 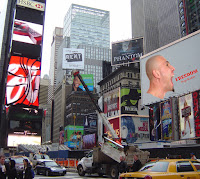 So when our government doesn’t step up on something that would make two people jump off the nosebleed section of a football stadium to get the attention it deserves it’s pretty disturbing. The implications could be catastrophic. So much so that a chief of a fire department resigned over it. Calling it a recipe for disaster.

I know that most of the masses that witnessed the banner protest just saw two nut jobs looking for their 15 minutes, but I hope there were some people who wondered like I did...

How important is this cause that these two people risked their life to inform the public of it?

This means they have been shut out by the media, the government and the corporations backing the plan.

Many believe that if the media doesn’t cover it then it is not important or real. Well, Bank of America is a financier of what these two people are protesting. I don't think BoA want's to be viewed in a way that makes them look like callous and greedy.

If you have to hide that then you are not a good person. Therefore, Bank of America is not a good (honest) corporation. 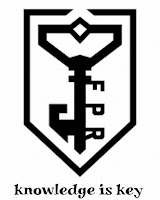 
As many as 74,000 football fans at a Charlotte Panthers game witnessed two people rappel from the upper deck in the pouring rain.

They suspended themselves in front of the press box and unfurled a banner from the railing above which read, “BoA: Dump Dominion, WeAreCovePoint.org.”

The stunt was broadcast live on Monday Night Football, which had an audience of 12 million last week.

Dominion Cove Point, now under construction, is poised to become one of the first LNG (liquefied Natural Gas) terminals in the United States to export natural gas. It is so far the only terminal geographically situated to export gas produced by the expanding hydraulic fracking industry of the Marcellus Shale.
A press release by organization We Is Cove Point identifies the rappellers as Rica Madrid and John Nicolson. “Bank of America is financing the Cove Point LNG plant, and the surrounding community in Southern Maryland is forced to bear the human cost,” Nicolson is quoted in the press release. “This is unacceptable.”
A local Assistant Fire Chief, Mickey Shymansky, even resigned in protest because he believes emergency responders would be unable to handle an LNG conflagration. “This place is sounding the alarms on so many different levels,” Shymansky said in an interview. “They’re allowing themselves to build the perfect storm.”

The high level of emissions produced by the plant is also a concern.

Dominion Cove Point will become the fourth largest polluter in Maryland, producing 20.4 tons of toxic and cancer-causing pollutants each year. Environmentalists point out that the lifecycle emissions of LNG export, from fracking well to the ultimate destination in Asia or Europe, are worse than coal. Recent studies have shown that emissions of methane, a potent greenhouse gas, exceed previous estimates.

How have we not heard about this? The media spends hours on Donald Trump leading in the presidential race polls, pictures of war-torn countries, cover a crisis and use Fareed Zakaria for a human interest story.

This is the BS that passes for news. How is it that the media isn't showing us stuff like this? Is it because they're owned by corporations that wouldn't exist if not for the backing of big banks? How can one not wonder that?

How is it that Congress hasn't put a stop to it? Why hasn't the president addressed the nation or do a Saturday morning address on the issue?

We've been left in the dark too long and our fellow citizens are getting quietly and systematically screwed or worse by corporations and the government is doing nothing to stop it.

The media isn't addressing it...

No one cares because no one knows. No one knows because they don't see it on television. Unfortunately, that's the society we live in today. But, the media should adapt to that and report the important.

They're not supposed to exploit the fact that we've fallen prey to the hypnotist extraordinaire, American television...