FPR Blog 19: An Unlikely Ally in the Fight Against the War on Drugs.

If you were a listener and reader of my previous, decade-long project, 'fjs radio', then you know how I feel about the war on drugs.

Every year the war on drugs cost taxpayers, both state and federal, billions of dollars.

That is not an exaggeration...

There's a great website, Drug Sense, (DrugSense.org) and the site has a clock that goes up by the second. It estimates that we've already spent $19 billion and it is still counting. The states spent more than the federal government by $5 billion.

This war benefits no one. It doesn't benefit the addict who isn't hurting anyone other than himself. I don't think the government is putting these guys in prison because they care about junkies.

I know there are politicians, even government institutions that are trying to reach out and really help people. But, wasting the time of police officers, detectives and special agents to combat drugs has proven to be useless.

More and more people are doing drugs these days. Despite people eating and living "green" a large percentage are still doing drugs.

Many heroin and cocaine addicts have moved to prescription medication. If a doctor is willing to prescribe them, and many are, then that person is getting high, legally. If this war was about the well being of people then we wouldn't have more than 50 percent of them on prescription meds.

Alcohol is a drug and for me, it's the real gateway if there really is such a thing.

There are a few things the war has accomplished, none of them good...

Besides costing us money, they've turned stupid teenagers into soap sniffing addicts. The war has imprisoned countless innocent people. It has destroyed families and placed kids in foster homes that are run on a system of false statistics, child abuse, and human trafficking. 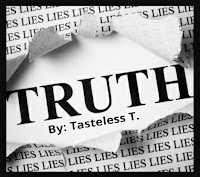 All of that, plus the corruption of the local, state and even federal institutions of law enforcement.

I'm currently working on a piece about the corruption of law enforcement caused by this futile war. Part of me actually believes it's a form of a false flag operation to imprison and addict millions of people.


Even if that isn't the case, the results are the same.


My mantra is, 'it's never too late' and by the looks of things lately it is holding true. Well, at the very least, hopeful.

Here's an excerpt from the administration's Office of National Drug Control Policy...

The Obama Administration's approach to the drug problem is borne out of the recognition that drug use is a major public health threat and that substance use disorders are preventable and treatable diseases. Whether struggling with an substance use disorder, worrying about a loved one's substance use, or being a victim of drug-related crime, millions of people in this country live with the devastating consequences of illicit drug use.
The Obama Administration is committed to using science and research to inform policy decisions.  The National Institutes of Health - through the National Institute on Drug Abuse (NIDA) – is a key component of Administration efforts to guide and develop drug policies.

NIDA funds more than 85 percent of the world’s research on drug use, which includes studies conducted not only across the United States at major universities, but also international research programs designed to integrate the latest research from around the world to develop new methods of monitoring drug problems, evaluating treatments, and developing medications.

You can read the rest and check out the site at WhiteHouse.gov.

If you're like me and have trouble believing the administration really cares about the drug problem, then here's another glimmer of hope.

We saw the backfire of a small minded, racist and beyond misguided man who wanted to start a civil war by shooting black people in a church.

There were no riots and no civil war. There was just civil unity, peace and even forgiveness.

Well, I hope the same goes for the 600 churches that have come together in an effort not just to combat addiction, but the war on it too.

The New England Conference of United Methodist Churches, which represents 600 congregations, voted for a resolution that calls for a complete end to the War On Drugs.

The resolution points to Christian principles of redemption and restoration to replace the current system of punitive sanctions against drug users.

You can read more about this at AlterNet.org.

Despite the separation of church and state, congregations have yielded a lot of power in this country under freedom of religion. I've often been angered by this, but I've also seen how religion can and has played a positive role in people's lives. That includes addicts.

I've seen career addicts do a complete 180' because they found god or a congregation that helped enormously.

I hope they can influence society, government officials and lawmakers to do what's right and focus on the deeper issue.

Communication and education are paramount in reducing addiction. I believe first we have to root out the corrupt by ending the war on drugs. Prohibition made the mob so rich, it took 70 years to bring them down. It's doing the same with drug dealers, and the ones who suffer are the addicts.

We have to release them from the cycle and the shackles because prison is far from a rehabilitation center.

Thanks for reading funky faithful.