FPR Blog 14: Millions on Negative Ads, The FCC and the US Army Hack.

I thought the first thing I was going to address was the Army hack because it seemed more important. But, then I stumbled on what would be my 3rd story.

To be honest, it's so gross that I have to lead with it...

This election isn't till November; 2016 that is.

I understand there's a nomination process and the machine has to crush the few honest politicians taking a shot. But, do we really need to be bombarded with fake news about this race from now till election day?

Many believe that the presidential elections are rigged. In a way, many are right. National elections aren't rigged by way of corrupted machines or adding a zero to the final tally.

The presidential election is rigged by way of mind manipulation.


Getting caught messing around with voting machines, is like getting your hand in the cookie jar. Everything else has reasonable doubt and is part of the game.

For instance; say there's a district that is leaning more towards the left, even though that state is governed by the right. Obviously the state wants their side to win. Maybe the power goes out in that voting area. Maybe shills are sent to stand on line to slow down the process.

Each side has their ways of manipulating the situation on the ground to their favor. But the true rigging happens in the mainstream media.

Think about this for one second...

There are many candidates running for a shot at the nomination, in their respective parties. They don't have, nor could they raise the money to take on the handful of candidates you actually see.

It's like the news is telling us that it's already down to a handful of candidates; even though there are still over twenty of them trying to be heard. Only a few of the candidates will be considered serious contenders.

With the run up to the 2016 elections, the variety of candidates mentioned most are from the Republican Party.

Everyone running is in some way referred to as a possible challenger to Hillary Clinton or Jeb Bush. He didn't even say he was running when the media started asking if he would.

His name emerged only after the Republican Party realized that backing an elephant to match their logo wasn't a good idea.

So the election is approximately seventeen months away; we don't have a nominee and it's already down to the final two.

Now the worst part. The money...

That kind of money doesn't need to be spent on negative campaigns when the mainstream media won't even cover the people they are slandering.

Take Bernie Sanders for example. Not one week went by after his announcement and he was being knocked off over an article he wrote in the 70's.

Forget about all the good he's done for Vermont over the years. Forget that he's one of the only Senators that is introducing bills that would limit the powers of corporations. Forget that he's been trying to stick it to banks for years. He just recently co-sponsored a bill that would take the planet's wealth out of the few own it and put it back into the hands of the people. 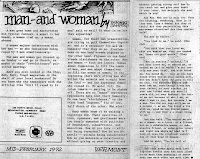 No, none of that matters. Let us talk about an essay he wrote on rape fantasies.

That's all the media will mention when it comes to these guys. Any kind of embarrassing information, be it political or personal.

How is that not a rigged system?

It's disgusting how they spend this money while people starve and kids are thrown away in rancid homes.

I've been writing a lot about the shortcomings of the mainstream media since I started this project. In fact, it's one of the focal points of it. This is its a "primary purpose" if you will.
So in that regard; here's the next headline...
FCC says price counts in announcing new broadband plan

Seems the FCC has been a little bi-polar on the many issues and problems facing the internet.

They've been a bit of a disappointment when it comes to allowing conglomerates to purchase bulks of networks. Net neutrality is another bothersome issue for me. I still don't know if this is a good thing or a bad thing.

Actually, that's not true. It's just another "consumer protection"  disguise, hiding the fact that corporations are buying everything which provides seeking and sending content.

Anyway, the FCC seems to be concerned on the issue of cost when it comes to broadband. For some, this doesn't matter because you're good at getting online anytime from anywhere.

The rest of us pay a lot for a connection. We have to sign contracts, pay termination fees and all the boxes in our houses have sensors in them. 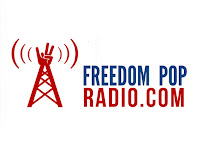 The least they can do is drop the price...


Seriously, though, we need to stay on top of everything these guys are up to or soon we'll have one channel giving us timed programming. A certain time for talk shows, a time for soap operas and a specific time for news.

Many of us have hundreds of channels. What if I were to tell you all those channels are divided into a handful of companies.

So that means that one communication company can own more than 50 channels. How many "different" news channels are you watching for multiple source purposes?

If you don't do that, don't worry, it's a waste of time. All you'll find is a different face reading a variation of the same script.

Before I start this part, I want to say there are a lot of sources here. I had no choice, I had to look for as many alternative sources as possible because all I found were pages upon pages of mainstream news results.

I'm having trouble believing that the U.S. Army Site was hacked by Syrians. I certainly don't think the Chinese had anything to do with last week's attacks either.

I'm not even sure I believe these hacks are happening at all.

Before I go anymore crazy and start ranting my opinions and theories, let me show you RT's piece on last week's attack, blamed on the Chinese...

I don't know if I believe any part of this story.

What's this information being used for anyway? What do federal employee's tax returns do for anyone? Federal employees are poor. They aren't getting robbed.

Other than embarrassing the government, I don't see anyone wanting to do this.

Besides, the employees already have there information stolen every day just like the rest of us.

As far as hacking the Army? I don't know if I'm buying that either.

I know the Syrian Electronic Army is claiming responsibility, but who's to say that's true? Maybe the hack did happen. But, why Syrians?

We're not at war with them. We tried that, it didn't work out too well.

I'm sure we set up a nice little secret CIA base or something down there, but other than that, there's nothing.

Why would Syria do this now?

I don't know, something just isn't adding up.

Here are a few different sources that covered the Army hack story.

Source 2: The Next Web

And for shits and giggles...


OK So that's it for this week, so far. I'll try to get some more news up over the weekend...