So the senate let it die, a slow death...

I guess a loss for the GOP would have been too hard to swallow. So, screw it, don't have the vote. Don't show Americans that you guys can agree on something very important.

This would have been one of those  moments where, 'We The People' could have said, "wow, they actually agreed on something right for us".

Maybe the vote would have been to close and somebody didn't want to risk it.

Maybe they didn't want to look like the oppressors they are.

Who knows, but after that leak, this should not have been a hard problem to solve.

There should have been a cease and desist order on all tapping. (Below is some information on a court ruling that appealed Section 215 of the Patriot Act.)

Look, I know there are things the government does that shouldn't fly, but has to do anyway.

Then there're things they just can't do. Collecting our data and having supercomputers that pick up keywords on cell phones and keyboards and using them at will, is just wrong.

I honestly believe that some of this stuff is needed in certain situations. Some events just aren't a false flag. People hate us. So I get having to search communications to find someone or some group, but there's a line.

And, I'm really sorry, but I just don't believe that this power isn't being abused.

No way, someone with that kind of clearance isn't dirty.

There are a lot of good people working for our government, at all capacities. But, there is always a balance. So, odds are we have a few misguided idealists that will "win" at all cost. Maybe a crook or two, or 3, or 4, or so on... And worse, people seeking ultimate control.

There's just no other way to explain what's been going on for the last 15 years. It may only be a theory, but it's a better explanation than I've ever heard...

There are still loopholes the government can use to continue to do this. But, that shouldn't stop this movement.
Maybe this will show a few more people that speaking up works. Maybe they'll get inspired, All they or you reading this has to do is start sharing the information you gather about this online, with co-workers, friends, and whoever else you feel you should approach.

You can't sound crazy, though. You also have to watch what you say and how you say it.

If you want to set up a podium at a major intersection, go for it. You can share it however you want, just share it responsibly. There are a lot of great videos that will drop your jaw, but many are fake.

Don't be afraid either. Remember we're the 99. That number is portrayed as a bad thing, and it is. But, it's also a good thing. Consider by how much we outnumber the entire governments of the world, the elite, and their soldiers.

The best part... You don't have to stand on a street corner demonstrating. We don't have to get physical. There doesn't need to be any bloodshed.

The internet is powerful... It's so powerful that with a decent computer and a brain, that kind of works, you can join and help change things into our favor. Your favor too.

A redistribution of what's right...


Thank you for reading.

I've been following this issue as best I can with the resources I don't have. I've written a few blogs on privacy and mentioned Section 215 before.

This is an important part of the bill known as the Patriot Act. It's the leading issue for the government and for us. Even if we don't know it.

The government needs it for surveillance on all of us. We need to destroy it.

Look, I'm sure the government has a bunch of tricks up their sleeve when it comes to getting around the law, but section 215 gives them the right to invade our privacy.

Basically, the law states that the government can collect our phone data and emails. This is a huge constitutional issue and many are not taking it seriously enough.

Consider what we can start to loose, "by law"...

This is a very slippery slope and we're the ones that are going to fall if we don't get our act together. The patriot act is a bad bill all around, but the good thing is that parts of it have to be renewed. If all works in our favor; meaning if Congress screws up, we can start to slowly get our freedom back.

This part of the bill (section 215) deals with surveillance. For us, that's the privacy issue.

Under its current language Section, 215 states that the U.S. government can demand telecommunications companies to turn over call records of a U.S. citizens with little to no probable cause. The current edition of 215 allows the government to collect up to three degrees of separation.

Like I mentioned before the government may be collecting all of this data under a different program, that’s running under a different secret law. I obviously couldn't prove it, but if you look up a company called Stratfor, your mind would be blown away.

Stratfor is an American publisher and "global intelligence" company founded in 96 in Austin, Texas, by George Friedman... He's the company's chairman. Shea Morenz is president and chief executive officer. 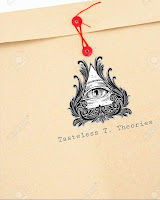 These two guys can watch the entire planet with a push of a button.

It doesn't take a genius to figure out that the bulk data was probably leaked on purpose, so we could think they stopped it. It's most likely just the surface of what the government is capable of, especially with a company like Stratfor on their payroll.

This company is the intelligence industry...

Anyway... So, the current law operating under Section 215 might not exist in a week from me posting this blog. This would be a huge win. Again, I'm sure it's crumbs, but pick up enough of them and you'll be full.

There is also a court order the government is currently using to collect all of our information and that is also running out of time... Under the current system, the government was getting bulk orders approved by a secret court every 90 days to compel these phone companies to turn over the information.

Um, quick question... What the hell is the point of a secret court if the nation is built on the courts being the purist and most open form of government?

Josh Bell, who works on NSA issues for the American Civil Liberties Union said, “As we understand it, the current 90-day period ends May 31st”. “And there is not a renewal application ... or so they said.”

And now an infantry attack on the bill by way of the second circuit court of appeals, that states section 215 is unconstitutional and there for illegal without a warrant.

Part two is the house vote on the U.S. Freedom Act, which if passed by the senate would counter section 215. Supporters of the bill blew the opposition away with a 338 to 88 victory. The president said he would sign it if the senate passes it. Maybe he said that because he knows the senate will most likely stall the vote till everyone forgets about it.

We can't let that happen. Mr. McConnell needs to let his ego, ties to corporations and drug cartels go and let this vote happen. It's what 'We The People' want and deserve.

We're always going to be lied to by the government. It's kind of their job. But, there are lines that have to be drawn and at times it would actually make them look good to be honest every once and a while, despite whatever backlash.