FPR Blog 8: You may want to know these 5 Surveillance Sites (AnonOp)

AnonHQ is reporting that there are five surveillance sites you need to be aware of...

The article goes into full detail on the surveillance sites and the type of system we're dealing with.

For instance, in the movie 'Minority Report' the main character walks into a store and is immediately recognized through retinal recognition software.

Anon HQ explains a similar type of software being used by retailers. As well as infrastructure systems and an entire city...

Shopper Tracking. (I'm calling it this because they didn't give the first one a name /':...)

"Tracking shoppers to gather information about target markets is becoming a reality in our tech-savvy world. Shopperception is a company which is offering large retailers like Walmart, motion-sensor cameras which can be deployed in places such as the eyes of mannequins. Along with this technology comes facial recognition software, that enables marketing strategists to assess how long it takes for you to make the decision to buy or not"...

You tell people this and they act like they know...

Actually, no it hasn't. It's only now happening because of our reckless spending and lack of self-control.

Our technological age is being wasted on gadgets and monitoring. Due, in part of our need, to have as much as we can.

The more debt 'they' let us accumulate the more we're willing to give them all of our information.

"Want no interest for a year? Allow us to do a DNA swab and fill out this entire 20-page form, then stand in line for your eye to get LAYERED".

This next part is truly scary because that last scenario was such a walk in the park...

Many of us need it for school, work, and communication. I speak of WiFi...

"Another way retailers are tracking consumers is through the use of a customers’ cell phone WiFi signal. Nordstrom uses this in order to deconstruct a customer’s buying habits".

Our damn cell phones. We really opened up a can worms there. What other way is there to communicate these days? Cell towers, WiFi, and satellite. How many of you reading this have a sat phone? And even if you did it's a way better tracking system.

The one place that represents our freedom isn't Washington D.C., it's Ellis Island and the lady that towers over it.

Then again, she is originally from France, so I don't know...

"Since 2012, when early face-recognition software was installed, the Statue of Liberty has become the Queen of them all when discussing and applying surveillance on a mass scale. Contractor Total Recall Corp. armed her with FaceVACS-VideoScan software, allowing her to track millions of New Yorkers’ and tourist's faces in real-time, pinpointing race, gender, age, and behavior in the name of terrorism".

This is something I heard about 5 or so years ago... 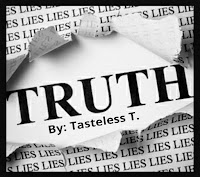 Cable companies were trying to install cameras which were "just sensors" in their cable boxes.

Many people spoke out about this, including me and some cable companies pulled the plug on the idea.

Well, they said they did anyway.

Either way Kinect is entirely our fault. This is the creepiest thing I've ever heard of and I was shocked that so many people, not only didn't care but actually wanted it...

"Kinect is the motion sensing console found in millions of family living rooms. Your movements are sensed, but what if you found out that Kinect is also capable of recording and storing your activity, along with conversations you’re having while playing? Microsoft denies that Kinect is capable of such things, yet they boast about the device’s ability to record heart rate and recognize individual voices. “In Australia, the console even fell under the definition of a monitor, under the law of the country”.

"Immersive Labs, has created digital billboard software that provides them with real-time facial recognition, allowing them to adapt a specific ad based on your facial features. Jell=O, Adidas and Kraft also use similar technology from the same company."

I remember hearing about this in a documentary, years ago. I think it was Aaron Russo's 'Freedom to Fascism', where Kraft foods and other companies started implanting chips in their packaging.

This was to "track customer's shopping habits". I have no evidence of it of course. I had only heard of that on that video and on some blogs.

Okay, this last one makes no sense to me.

The city of Seattle is like the super brother of surveillance from what I'm gathering here...

Which is fine, I guess. If you're looking to do a long-term study on junkies and wasted talent.

Then again, I don't know shit. I've barely gotten out of Jersey. Went on a couple of trips to visit some states, but never spent enough time anywhere to really know.

It's hard to be funny on blogs now because I'm writing about important issues. I guess what I'm trying to say is, expect a dick joke now and again. Metaphorically of course. I doubt I'm going to lay a dick joke in the middle of a whistleblower blog. The words dick and joke may be used, though.

The City of Seattle

"Hi-tech surveillance has been installed at some of the major intersections in downtown Seattle. All cities have surveillance, but this is a new technology being used that involves triangulating our cell phones to pinpoint our location."

We really signed up for our numbered tattoos on this one... Damn cell phones.

I feel bad for local drug dealers. Screw the really bad people, but damn, Seattle is like heroin central. No matter what, it's not going to change.

Well, there's one way it would change, but the government would never invest the time and money it would need to get done, in the proper manner.

They rather watch everyone die slowly and now they have a flat screen that streams the show.

There you have it, more mass surveillance. But, at least we know where they are...